Latest version is 0.5
(to update just rerun the script with the "-overwrite $true" parameter)

June 27 - have made some small adjustments to the reports.
June 21 - Configmgr have skewed the dates by one day ,have corrected the dates in the query.


Had some trouble with content distribution to my distribution points last week. The patch Tuesday update package had failed to distribute to two of my DP's causing some clients to fail on installing patches.
The problem solved itself after some time,but it gave me an idea of a Distribution Point Dashboard, similar to my OSD Dashboard. The though is to have a single pane of glass to quickly give the information i need about my distribution points.

This is the result. as you can see I'm of the monochrome colour scheme for now, It's summer ,time for some more color! 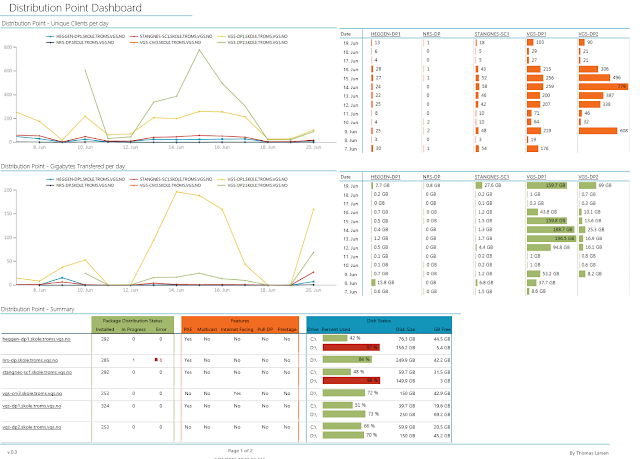 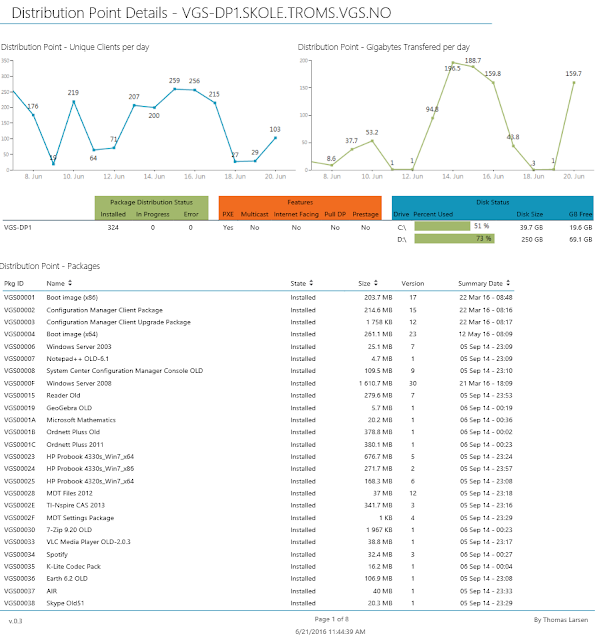 (Read more about the script and additional parameters here)

The Reports have a "Visual Limit" of about 10 DP's. The report will still work, but the graph might not be very readable with stats for 200 DP's on it:-)
The main part of the report is usage reporting for the DP's, but bellow that there a summary where i tried to show some useful info about the distribution points, like package status ,installed features and disk usage.

If this report helped you spot and solve some problems/errors ,post bellow.